Yama-wasabi is a plant with strong vitality and is loved with its exhilarating spicy taste that is stronger than Wasabi. Although it is same species as horseradish, often used in Western cuisine, Yama-wasabi in Hokkaido developed its original characteristics.

Its clear spiciness goes well with meat such as roast beef and steak, making it a tangy accent. In Hokkaido, Sashimi is also served with Yama-wasabi instead of Wasabi, and grated Yama-wasabi, dipped in soy sauce and topped over rice is also popular way to eat. Its spiciness invigorates the body, especially against summer heat.

About the spiciness of Yama-wasabi

When it finely grated, Yama-wasabi becomes spicier, but since this spicy ingredient is volatile, the spiciness is lost quickly as time passes after grating.

Many of the Wasabi products packed in tubes on the market actually use Yama-wasabi as a raw material as Yama-wasabi yields relatively much more than Wasabi. However, most of them use thickening agent; food additives used to add viscosity to food, to maintain spiciness and reduce costs. We do not use any thickening agent, because our unique manufacturing method makes it possible to retain the freshly grated spiciness and its flavor for a long time without it.

Allyl isothiocyanate, which is a spicy ingredient, has the effect of secreting saliva and gastric juice, which increases appetite and aids digestion. It also has the effect of smoothing the blood and is effective in preventing and countering arteriosclerosis and high blood pressure. It also has bactericidal and antibacterial effects, and in fact, it is one of the preventions of food poisoning that is the reason why it often attached to raw food. It is said to have a detoxifying effect in the body and can be expected to disable carcinogens.

Yamao's grated Yama-wasabi is manufactured with time and effort after carefully cleaned by hand one by one. With no additives and no colorings, no chemical seasonings, you can enjoy the original taste of Yama-wasabi with confidence.

Not only plain but also seasoned types use soy sauce and miso made from Hokkaido soybeans. We are particular about Hokkaido products.

In Hokkaido, you can find “Yama-wasabi rhizomes” or “grated Yama-wasabi in bottles with soy sauce” lined up in supermarkets, but “grated frozen pack of Yama-wasabi” is unique product of Yamao.

The tangy spiciness of Yama-wasabi, most advantage of its taste, will be lost after time has passed since grating. If it is bottled, the characteristic flavor of Yama-wasabi has already lost on the next day. As for Wasabi packed in the tube, various additives such as thickening agent are added to maintain this pungent taste as much as possible.

We vacuum-packed the spiciness of Yama-wasabi into a frozen aluminum pack, with unique manufacturing method.  You can enjoy the freshly grated flavor of Yama-wasabi as it is anytime, as many times as you like, if you just defrost it. By making it a frozen pack, we made it possible to store it for a long time, with no additives such as thickening agents.

Although bottled Yama-wasabi gradually loses its flavor and pungency after opened, Yamao's frozen packs of freshly grated Yama-wasabi, if they are unopened, can be enjoyed for one year from the date of manufacture without losing their flavor and aroma. In addition, you can enjoy them as many times as you like if you freeze them again immediately after opening them. 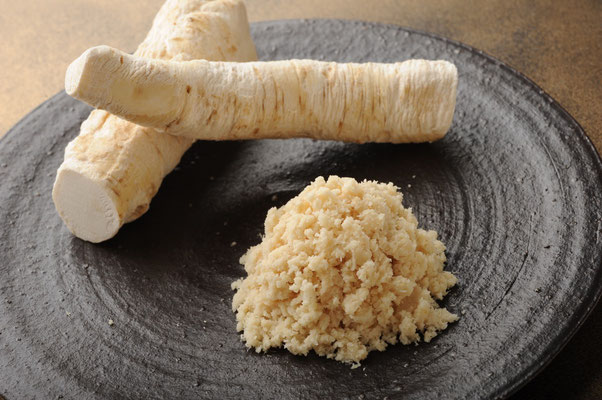 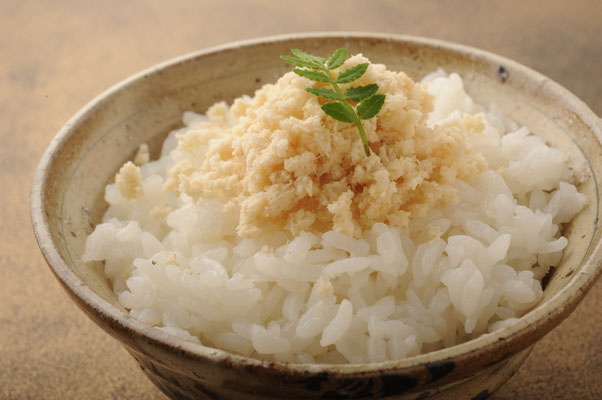 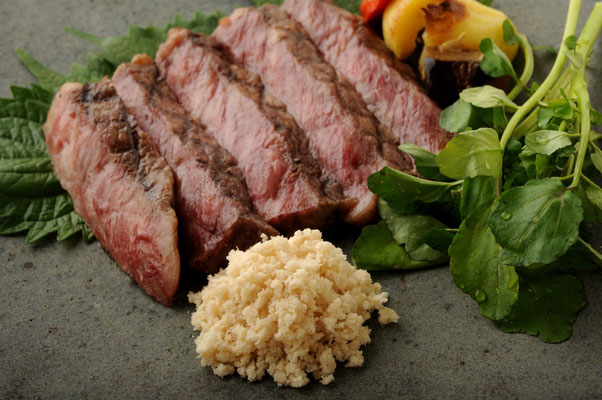